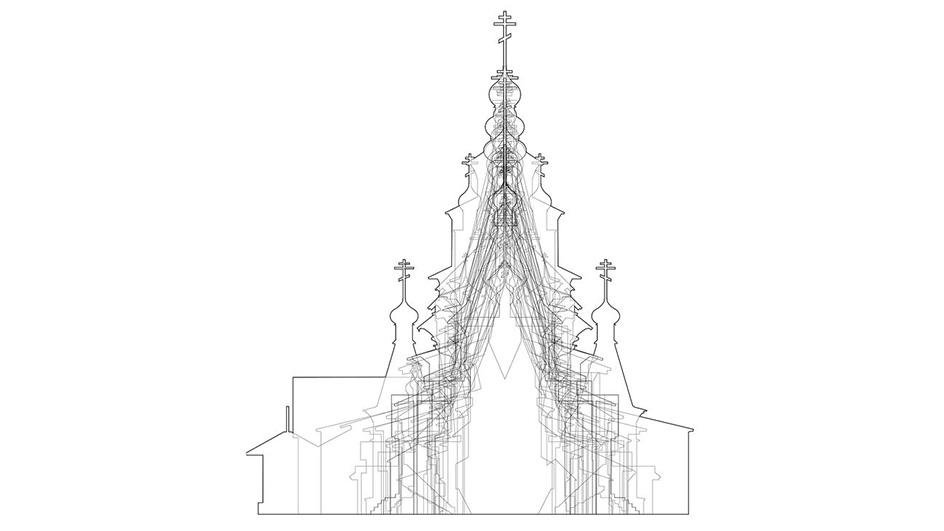 In collaboration with Ben Hayes

Re-imagining Cultural Landscapes is an examination, by architect Ben Hayes, of the role that the past and future play in creating place.

As part of our series ‘The future, so far’, this exhibition by young architect Ben Hayes looked at the role of time in creating place. It was based on his proposal to preserve abandoned fragile wooden churches of North-West Russia, which won him the RIBA silver medal in 2013.

These fragile, desecrated structures have a spiritual presence that commands respect — however, in the next 10-15 years these wooden monuments will almost totally disappear. The churches were once central to their communities, just as the Orthodox faith was central to the people. They speak of the inner lives of the people in this place.

Hayes explored in depth the changing relationship between the Russian landscape and national identity, tracing back the influence of Romanticism at the start of the nineteenth century and looking at the wide impact of Soviet collectivisation and de-ruralisation.

He proposed a new approach to the island’s landscape: the whole place would be treated as a repository of protected buildings that is constantly transforming, thus challenging existing ideas of preservation and heritage. 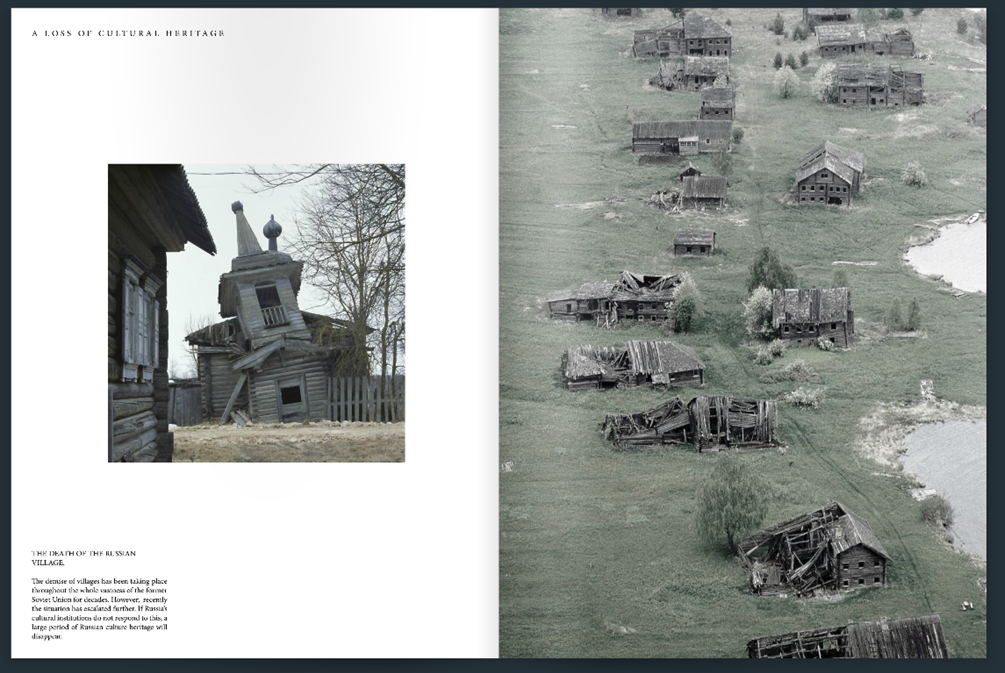